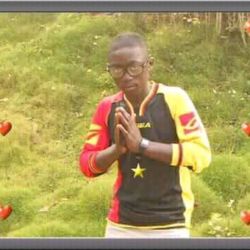 God is good
Audio / video call
You can’t call yourself ...

Gelato is a young web builder.

He studied at government high school Buea. while studying he was a computer student studyiny and learning on his own.

After learning about web development from the following links mention above, his main aim was to become a security engineer, but rather he had to try doing somethings before the right time comes. little by little he started entring in what he wanted but had to still continue what he started with he verious websites like the one he created some few years back

He made for easy learning between his friends and him since most of their time was spend online, it could be a great help to them.

What ever you do, do it with all your heart and put God first.

Your message has been sent

 The Art of exploring various security breaches is termed as Hacking.

 Computer Hackers have been around for so many years. Since the Internet became widely used in the World, We

have started to hear more and more about hacking. Only a few Hackers, such as Kevin Mitnick, are well known.

Antisocial, Pimple-faced Teenage boy. But the Digital world has many types of Hackers.

 Hackers are human like the rest of us and are, therefore, unique individuals, so an exact profile is hard to outline.

The best broad description of Hackers is that all Hackers aren’t equal. Each Hacker has Motives, Methods and

Skills. But some general characteristics can help you understand them. Not all Hackers are Antisocial, Pimplefaced

Teenagers. Regardless, Hackers are curious about Knowing new things, Brave to take steps and they are

 Hacker is a word that has two meanings:

 Traditionally, a Hacker is someone who likes to play with Software or Electronic Systems. Hackers enjoy Exploring

 Recently, Hacker has taken on a new meaning — someone who maliciously breaks into systems for personal gain.

Technically, these criminals are Crackers as Criminal Hackers. Crackers break into systems with malicious

 They do it for Personal gain, Fame, Profit and even Revenge. They Modify, Delete and Steal critical information,

 Hacking has a lot of meanings depending upon the person’s knowledge and his work intentions. Hacking is an Art

as well as a Skill. Hacking is the knowledge by which one gets to achieve his Goals, anyhow, using his Skills and

 Most people associate Hacking with breaking law, therefore calling all those guys who engage in hacking activities

to be criminals. We agree that there are people out there who use hacking techniques to break the law, but

hacking is not really about that. In fact, hacking is more about following the law and performing the steps within

What Is the Difference Between a Hacker and a Cracker?

 Many articles have been written about the difference between Hackers and crackers, which attempt to correct

public misconceptions about hacking. For many years, media has applied the word Hacker when it really means

Cracker. So the public now believe that a Hacker is someone who breaks into computer systems and steal

confidential data. This is very untrue and is an insult to some of our most talented Hackers.

 Definition - A Hacker is a person who is interested in the working of any computer Operating system. Most often,

languages. They may know various security holes within systems and the reasons for such holes. Hackers

constantly seek further knowledge, share what they have discovered, and they never have intentions about

 Definition - A Cracker is a person who breaks into other people systems, with malicious intentions. Crackers gain

unauthorized access, destroy important data, stop services provided by the server, or basically cause problems for

their targets. Crackers can easily be identified because their actions are malicious.

 Whatever the case, most people give Hacker a negative outline. Many malicious Hackers are electronic thieves.

religion. Technical skills of Hackers vary from one to another. Some Hackers barely know how to surf the Internet,

whereas others write software that other Hackers depend upon.